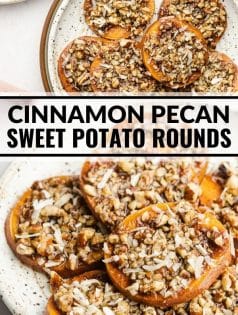 Last summer I started thinking about how I could capture the flavor of a sweet potato casserole without using any sugar. Ultimately I wanted to capture the sticky richness of that casserole though so I kept testing and tweaking until I landed here. Enter Cinnamon Pecan Sweet Potato Rounds.

Good golly, these things are heaven.

The magic is in the cinnamon pecan crust. That stuff is so crazy tasty. A little ghee or butter with finely chopped pecans and cinnamon. Yum.

I swear each bite feels like a sweet potato casserole. Sweet. Rich. Satisfying. You’re going to love it.

For this recipe you’ll need (full list of ingredients and instructions can be found in the recipe card below):

The potato rounds bake with a little coconut oil until they’re tender and lightly browned.

Stir together the crust ingredients. (Make sure the pecans are chopped really small!) Then that crust goes on for a few additional minutes of baking.

Voila! These babies are finished and ready for a sprinkle of shredded coconut.

While these potatoes are technically Whole30 compliant, I’d consider this a SWYPO dish since it is so sweet. Instead you may want to try my Cinnamon Raisin Diced Sweet Potatoes. They’re super simple and light.

Are these vegan and dairy free?

Yes, just use a vegan butter.

Can you omit the shredded coconut?

Yes, the shredded coconut is optional. I personally love it and recommend it. You can use sweetened or unsweetened.

Can you make these ahead of time?

I don’t recommend it. These potatoes are best served immediately after cooking since they’re so soft. 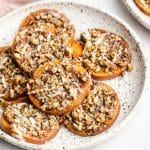 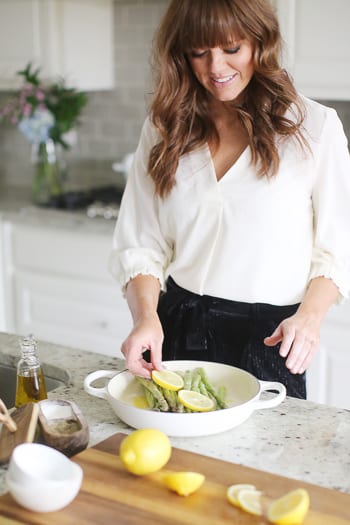 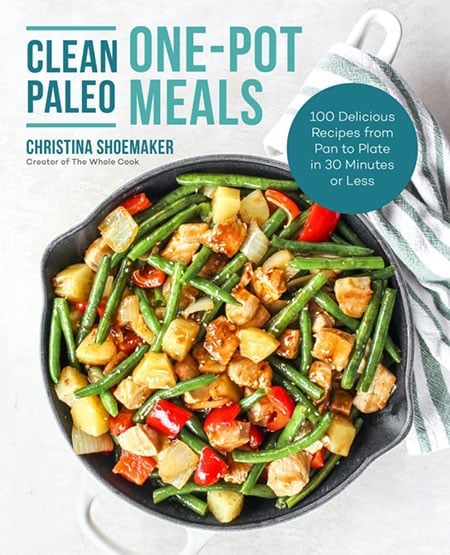 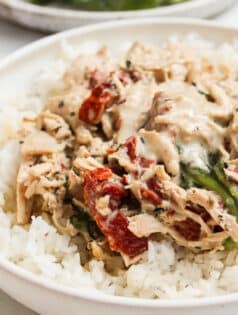 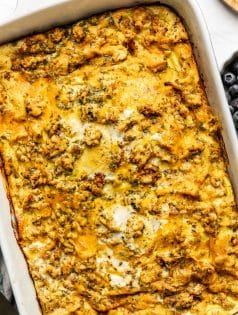 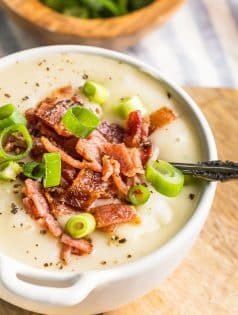 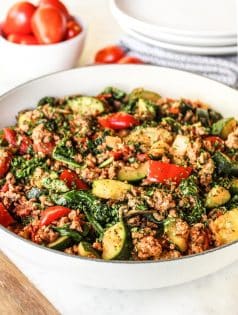 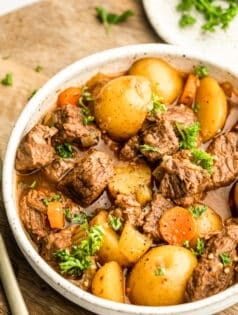 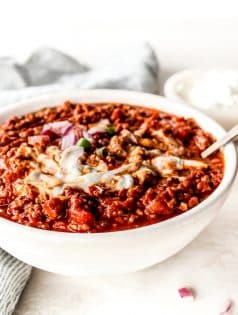